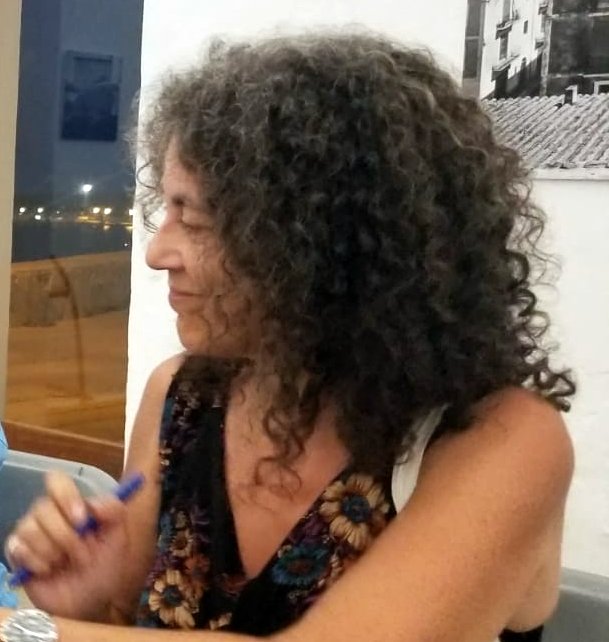 Maria Grazia Calandrone (Milano, 1964) living in Rome. poeta, novel·list, journalist, playwright, visual artist i presenter Rai, writes for “Corriere della Sera”; From 2010 emerging poets published in the international journal Poetry and disseminates the poetry of the great masters RaiRadio3; directs the series of interviews "I volunteer", a documentary about immigrants and the host's video report from Sarajevo “Journey to an unfinished war ", both published by “Corriere TV”. I obté the "Montale Prize" the 1993 for Illustrations. Make poetry workshops in public schools, prisons, DSM, immigrants and providing volunteer service to the school reading to children "Piccoli Maestri".

Books prose: The endless melodrama, pseudoromanzo with Vivavox, CD with readings of the texts themselves (sossella, 2011) For the single voice, collection of dramatic monologues, design and CD with photographs of Sonia Bergamasco and EstTrio (ChiPiùNeArt, 2016); Their collections are stored Nell'occhio di chi (Donzelli, 2014), Deaths in Venice (correspondence Literary, 2017), Princesa and other regine- by de Conchita De Gregorio (Giunti, 2018) The Another World, the same world, reescritura of Fanciullino de Pascoli (see 2018). Moreover, It has the introduït tingut care volum de poetry in de Nobili I walked in the world, with a soul (Solferino 2018). From 2009 Europe has staged a concert video from Senza and bagaglio 2018 Real Body,ambmúsica Stefano Savi Scarponi and l'acompanyament drums d'Arturo Casu. L´any 2012 Guanya the awards "Haiku in Italy" Institute of Japanese Culture and l'any 2017 participates in the documentary film of Donatella Baglivo "The future unapoesia", within the project "Poems With a View" Israeli director Omri Lior and within projecteinternacional "REFEST – Images &Words On Refugee Routes”, Publicat for "Reportage". He with·worked with television programs and Rai Letteratura Cult Book. Appears in numerous anthologies and his poetry has been translated either in whole collections, anthologies and journals in many languages ​​and in several countries.

The translation of poems SÈRIEFÒSSIL (EDICIONS AÏLLADES, 2019) conducted by the poet, essayist and translator Nora Albert, the first translation of the Catalan Maria Grazia Calandrone although some poems of the poet had been translated and published in the journal "Superna", said the translator.